When finished, remove the virtual disk with the following command, substituting the disk number returned by hdiutil attach for diskn:. I have no solution if you have already done the backup using disk utility as hdiutil does not seem to appear to allow outputting to stdout, but if you use dd to both backup and restore you can use gzip in the process on both sizes and save a lot on disk space and possibly time.

So it takes ages. Think of it when you you enter the destination device. With both options compared to dd without bs parameter to write a 64gb Lexus card I changed the dd writing time from 16 hours You deserve a beer for this walkthrough, sir! I can't believe Disk Utility makes this so easy to image off an SD card, but not the other way.

Silly Apple. They make it easy to create a DMG from an SD, but have to go through hoops to go the other direction. Thanks for this how-to. By magamig Follow. More by the author: After making a backup of a SD Card, and trying to restore it using 'Disk Utility' you may have some issues during the process like: Could not validate source - Invalid argument To solve this, there is this 3 step process that you can perform in the terminal. If you do not want to run this steps you can just run a script I made: First you need to convert the.

Before this step unmount all the partitions of the SD Card, or you will get this error: Resource busy Finally you can copy the image to your SD card using dd: Did you make this project? Share it with us! The Firmware Update Guide assumes that you're running Windows. It — sadly - expects you to be able to burn a bootable CD my CD drive long ago lost that ability. 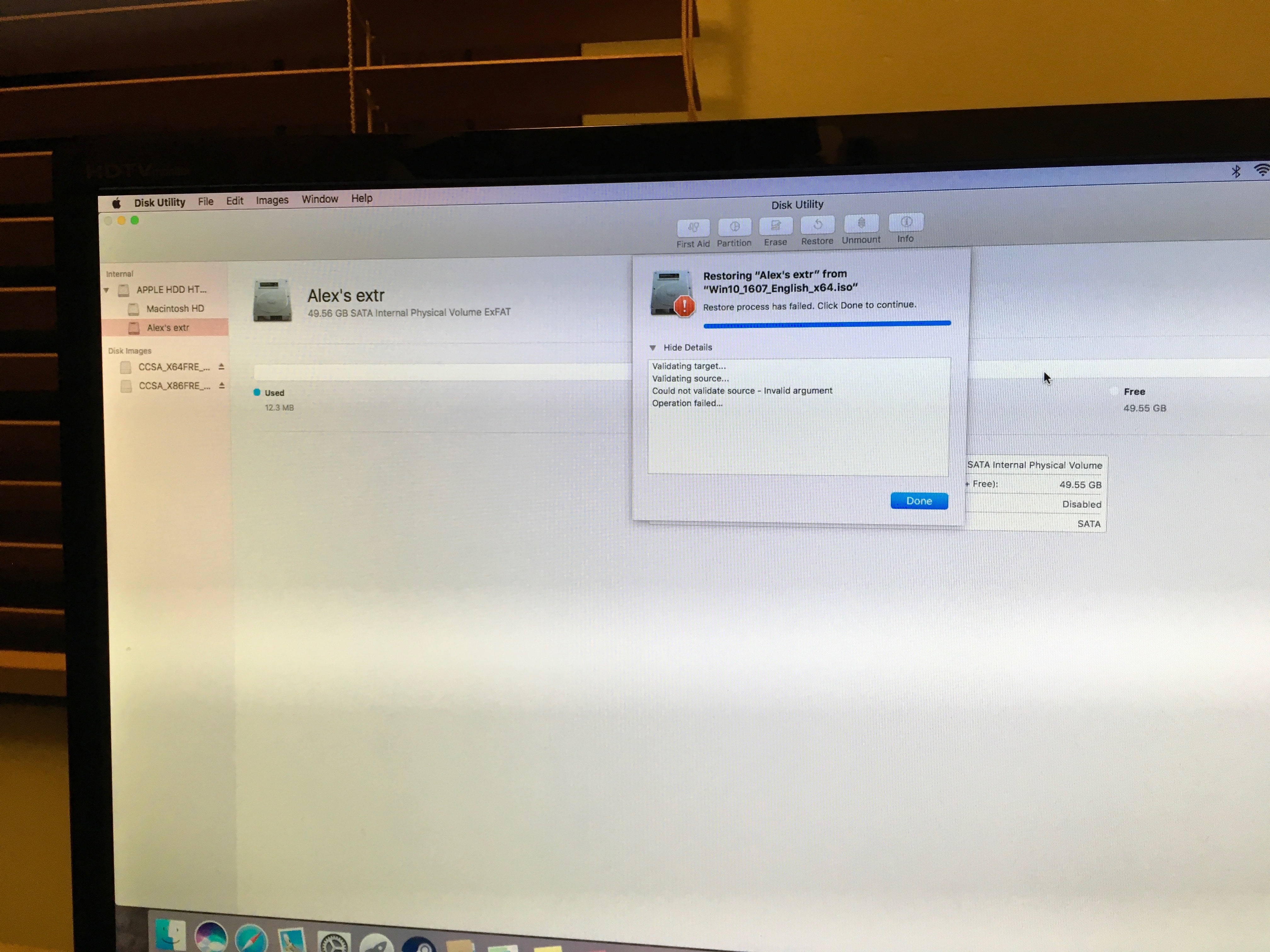 So I googled the web for Mac options, and got even more confused. Phil Windley goes through a convoluted process here http: NightLionSecurity have a process here http: After many "Could not validate source - invalid argument"s in Disk Utility I finally got it to install on the USB stick using Terminal just following instructions , but rebooting with the Alt key held down doesn't show the USB drive as a bootable option. All the other solutions require either Windows in Bootcamp or Fusion, as far as I can see.


The only possible way to boot from those types of images is from your optical drive. Only thing I haven't tried is using net boot.


This is the case for all DOS-based images, like the one you downloaded. Your best bet really is to burn it to a CD somehow, or temporarily putting the drive in a window machine. You can try converting it to a bootable flash drive with Unetbootin if you are not familiar with the command line.

Forgot that you can't boot from MBR-using usb devices on intel macs. So yeah, just burn that ISO on a disc. I never had any luck getting the updater image successfully installed to a USB drive. I have used the optical drive in my MBP twice now this year, and one of those times was to successfully burn this firmware update to a disc.

Crucial has a lot of Mac customers, so it would be nice if they could improve this process a little bit for us. Sulis wrote: My recommendation: If it's not broke don't fix it.

Does the update address a problem you're experiencing or could reasonably be expected to experience? Does it dramatically increase performance for the tasks you do?

If not then I'd just leave it alone. If the SSD is working fine and if you don't know what an iso file is and the instructions are "gobbledegook" then it's really not a good idea to start trying to flash the firmware. I don't intend to be rude or patronising. It's just doing this can be tricky for the more technically adept of us at the best of times! Reefab wrote: Yeah, ask yourself if that firmware update is No - the point is good. However, I suspect that the gobbledegook issue is actually the business of trying to do it via a USB drive. If I can burn the damn thing onto a CD, then at least I have the option of updating it.

Reading the notes, it seems that the primary function of the update is to cater for Windows 8 - though it does say there are general incremental improvements, and I was having issues with the SSD random crashes after sleep.

So I'd like to have the option if those recur. I have a Crucial SSD and got the "must have latest firmware" urge. After seeing the process etc. I decided it wasn't worth it. At least Alsoft has company in the last century it seems to reside in with regard to updating of software.

For a slightly different view, the update went very smoothly on my iMac with SuperDrive. Seeing the A: We never had any luck updating the firmware in our Crucials using our Macbooks. At work we have about half a dozen of them. We ended up sticking them in a Windows box to upgrade. As far whether it was important, we had an older, really fucked firmware. After hours of use, the drives would shut down ever hour. Drove us nuts trying to figure out why a macbook pro kept dying.

Thanks for linking my site. I know the problem you're talking about. I ended up using a different flash drive and it worked fine. My 8gb seemed to be the problem, although it works fine for everything else. I had to use a 16gb flash drive to burn a bootable copy of Mountain Lion. Hope that helps. MrRefinement wrote: I could almost see David Caruso's sunglasses moving. There was a serious bug in an earlier version of the firmware which caused the SSDs to fail once they passed about 5, hours of active life. So yes, sometimes they are "crucial".